To provide feedback to the EPA, please take a moment to comment on the topics at the link below.

Nearly 40 years ago, Congress passed a truly remarkable piece of legislation—the Clean Water Act. This document outlined sweeping commitments to restore and maintain the integrity of our nation’s waters, rid them of pollution, and make them safe for humans and wildlife alike.

For even longer, the Environmental Protection Agency has worked to fulfill these ambitious and important goals. Our efforts have made our water resources cleaner and safer in many ways, but new challenges arise everyday.  This April, Administrator Lisa Jackson and I are inviting 100 leaders in water issues to help us sharpen our thinking during a one-day event, Coming Together for Clean Water, on how we can meet these challenges.

Specifically, we’ll discuss what we can do about the most significant pollution problems facing our waters. These evolving issues pose complex challenges to restoring healthy watersheds and creating sustainable communities across the country.

These priorities are important to all of us, and cannot be achieved in one day. That’s why Administrator Jackson and I are asking you to participate in this discussion forum, which was designed around the questions we’ll tackle during the Coming Together for Clean Water conference. I encourage you to share your thoughts and experiences on these topics, so we can use them to inform our discussion.

Addressing water pollution is an enormous task that will take a variety of ideas and experiences. I thank you for helping us in this effort.

–Peter Silva
Assistant Administrator for the Office of Water
US EPA

Posted by Below The Surface at 10:09 PM No comments:

Posted by Below The Surface at 6:53 PM No comments:

The war on Salmon

Posted by Below The Surface at 11:17 PM No comments:

Posted by Below The Surface at 4:07 PM No comments:

Standing up (and paddling) against breast cancer


Standing up (and paddling) against breast cancer

By LAYLAN CONNELLY
THE ORANGE COUNTY REGISTER
Jodie Nelson and friend Brooke Farris found a small opening in the bushes that led into the Venice Beach canals, where multimillion-dollar homes line the waterways.
The women lugged large boards and paddles for their mission – sneak onto the canal for a cheeky adventure.

Posted by Below The Surface at 11:06 AM No comments:

Being The Solution to Water Pollution - Change from Inside 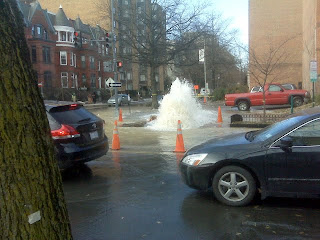 Diving into DC's water and sewage problems, George Hawkins is fighting resistance and frustration of ratepayers to combat a 100 year old problem - aging infrastructure. Explosion is a dual themed issue when it comes to water infrastructure - the past 100 years has witnessed population explosion, while the infrastructure to bring water to this massive population is experiencing an explosion of its own. This is a much neglected problem and as a country (and throughout the world) this needs to be addressed responsibly - and what I mean is we need to take responsibility and pay for what we use. 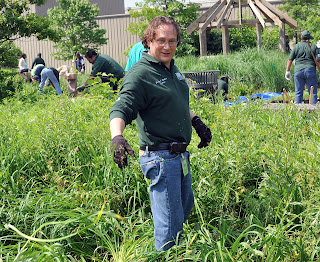 The Gospel According to George: Click Here for New York Times Article.
Posted by Jared at 8:38 AM 1 comment:

Posted by Below The Surface at 9:56 PM No comments:

The Elephant in the Room: "Blue Gold" 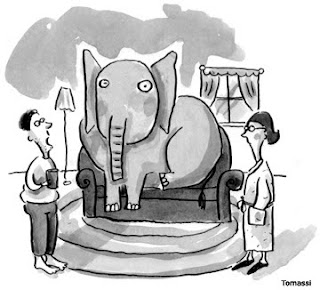 One would like to think that the interest in water of Venture Capital, large multinational corporations and investors throughout the world would herald a revolution in the management of water. It would make water management more efficient, and ideally less prone to the corruption and cronism that the world's poor suffer beneath. The much needed injection of capital into the compromised quality of water worldwide ought to herald better days. But what are the limits, and how do we - as members of society - prevent a situation from developing that imperils public access to a supply of water? And will this all really work?

The opportunities abound, but the stakes are high. Cleantech Magazine, an offshoot of Cleantech Investor, offers excellent coverage on the opportunities and potential social benefits of investment in water technologies. Click Here to learn more!
Posted by Jared at 9:07 AM No comments: