Posted by Below The Surface at 10:52 PM No comments:

Posted by Below The Surface at 10:50 PM No comments:

Posted by Below The Surface at 10:46 PM No comments:

Re: "I thought this was a water blog... why do you keep talking about Organic?"

During the "Spring to Sandtrap" expedition last fall, we explored the Sacramento River from its source, all the way to the delta. Aerial views of this region emphasize the obvious importance of agriculture in the delta. In the past, this was one of the best salmon runs on the west coast of North America. Human impact through pollution, industrial fishing, and development practices have left us at a critical point in history to change our ways and help restore this great river.

One main source of contamination is through agricultural runoff in the region and the effects of this runoff would be minimized by adopting irrigation and pesticide application best practices to mitigate river contamination. This also helps farmers keep their costs lower by limiting pesticide costs, with the ideal goal being organic produce.

Organic produce sold locally through farmer's markets is an essential element of a vibrant community with a sustainable future. It ensures a local economy as goods and services are exchanged within the community. The food is healthier for you, it is shipped less distance, so it was riper when it was picked and its carbon footprint is diminished.

Organic produce is not new technology. Organic is not a new craze. It is quite literally as old as dirt. This is the food that evolved alongside the human race. This fantastic evolution of knowledge surrounding food enabled our survival as we picked between one plant or another based upon observation and an oral history passed down through generations. As a species, humans have the broadest variety of organic foods to choose from, as well as the most synthetic and processed ones to discern.

Lately, the game at the super market has been... which one of these soybeans was soaked in hexanes during the manufacturing process? Or does "not treated with the chemical rGBH" really mean "but we soaked it in rGBA!". Organics vs. Natural? What does a GMO monocultured crop label really look like? Food labelling laws allow for "evaporated cane syrup" to be used to disguise "sugar", and "spices" means MSG. Did you know methyl bromide can alkylate DNA, which creates foreign DNA building blocks, so instead of just Adenine-Thymine and Guanine-Cytosine pairs, you end up with a few methylated versions of these throwing a wrench in the cogs of DNA... is it any wonder that cancer is on the rise? 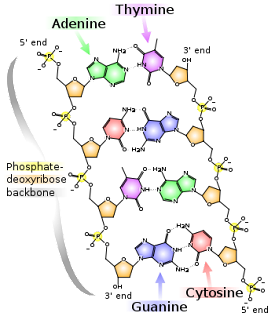 To understand this organic history of the evolution of plant and human within the confines of the natural environment... you first must understand evolution.

Herein lies the problem... 60% of you don't believe in Evolution. Unless you are scientists, then its like 3%, because you understand genetics.  Which isn't that complicated really... there are only 4 basic building blocks for DNA... unless you alkylate them with methyl bromide or other chemicals, then there are unnatural building blocks.  These end up making funny proteins that are deformed and don't work the same as the natural ones, so you get cancer and die.

One does not need to believe in evolution, because it's not a belief, it is an understanding of anthropology, history, and science, as a unifying theory of the development of the universe and earth from the big bang until today. Yes, we share many genetic similarities with apes and we have taught them sign language and communicated with them at a basic level. We eat plant matter that contains very similar molecules and proteins with those in our own bodies.  The world as we know it was made possible by DNA, oxygen, etc... etc... etc... just trust me on this one, its a real well researched theory and while Darwin was incorrect on a few details, we've come along way since then, so read something published in the 21st century.

Meanwhile, while the discussion is going on about the past history of evolution, looking forward into the future allows us to analyze our options now to influence the path of evolution.  This is a powerful position and a terrifying responsibility.  Each year, we apply billions of pounds of pesticides to crops in this country.  These pesticides were produced at a refinery, creating toxic byproducts and chemical pollution every step along the way.  Download TRI.net program to pull the data of your choice regarding corporations and Toxic Releases into your neighborhood.

Many of these chemical companies have permits for Underground Injection Wells where they "release" their wastewater "under potable water sources" as if there are perfectly safe underground holding tanks impervious to our groundwater supplies.  Especially with Volatile Organic Chemicals that may leach up through the groundwater supply.  Time and time again, these chemicals are found leached into our groundwater supplies due to these practices.  Just search, "Underground Injection" and "EPA" to read more about it.  It only takes one bad corporate citizen to contaminate an entire aquifer with their industrial waste.  This practice of underground injection of waste is short-sighted and should be reconsidered in the interest of public safety.

One way to help as a citizen is choose Organic produce grown locally to encourage a healthy environment and community.  Choose wisely.
Posted by Below The Surface at 11:42 AM No comments:

Check out this site I found on StumbleUpon!

Posted by Below The Surface at 10:34 AM No comments:

Get the new produce pesticide guide from EWG

I just got the newest Shopper's Guide to Pesticides from the Environmental Working Group. It's a really handy list to help me remember what to buy organic. I thought you'd be interested in downloading it, too. Check it out at: http://www.foodnews.org

Posted by Below The Surface at 10:26 AM No comments: