The Tijuana River, Maurader of the Pacific 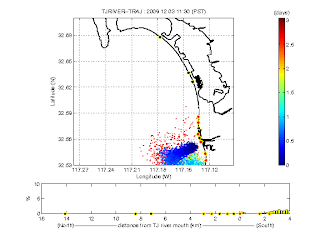 As the first major rainstorm of the year has descended upon San Diego, bringing inches of much needed rain to replenish significantly overdrafted reservoirs, another problem lies below the surface, that of a massive plume of pollution that runs from the Tijuana River into the Pacific Ocean.  This plume carries dozens of tons of plastic, garbage, tires and toxic runoff from untreated human waste from the Colonias and Maquiladores that are operated along the US - Mexico Border. 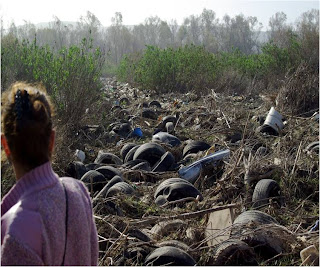 A Race to the Bottom?


The Colonias are home to many immigrants from Central and Southern Mexico who have come to Tijuana in search of work.  These Hooverville-like villages and slums line the gulches and canyons of the US-Mexico Border and serve as a permanent work camp for hundreds of thousands of squatters, lacking, amongst other things, critical sewerage or potable water infrastructure.  The Maquiladores are factories owned by domestic and multi-national corporations seeking lower taxes and minimal if non-existant environmental regulations. 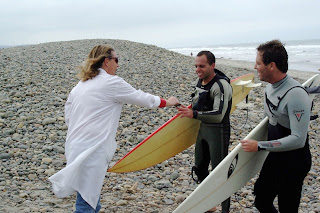 
This plume of wastewater and garbage flows through Tijuana River, decimating the health of what was a pristine watershed, buffer for pollution, and more poignantly, compromises the health of the beach-goers and coastal residents in South County San Diego, as far north as Point Loma and Coronado.  The problem is significant enough that Wildcoast, the Imperial Beach Health Center and  SDSU's Graduate School of Public Health pass out Hepatitis A Vaccinations to protect surfers from the virus that is inadvertently pumped into the Pacific and our bodies through this plume of waste.

Read about some of the current issues in a recent story in the Voice of San Diego:  A Tire Runs Through It
Posted by Below The Surface at 10:41 AM